With the grant Artists in Wittenberger Weg, the Zentrum für Peripherie (Centre for Periphery) puts the focus on the form of processes as a relevant artistic domain. To artists working with processes, space for the development of their work is provided on Wittenberger Weg in Düsseldorf Garath.

The three pictures represent three landmark stages of the project Arm oder Reich? (Poor or Rich?), which gave rise to the Artists am Wittenberger Weg stipend.

Model by Asem and Alpha, students of the Alfred-Herrhausen School in Düsseldorf-Garath, visualising an idea for the street café, 2013. 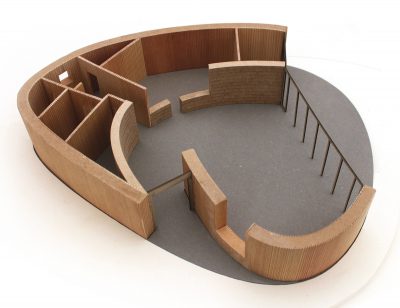 Architectural model. Model workshop, Peter Behrens School of Architecture (PBSA) based on building application plans (Pablo Molestina Architects Office, Cologne), which are, in turn, based on of the elaborated draft by children and young people in conjunction with PBSA students in Düsseldorf. 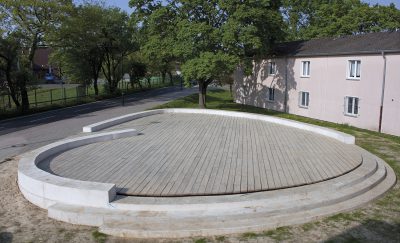 The concrete base for the planned café as a platform, 2017.

The catalyst for the project Arm oder reich? (Rich or Poor?), which gave rise to the residency, was the question of whether and how a structured, artistically curated process without a preconceived outcome can transform a seemingly insoluble situation. Coinciding with the inception of that project, I founded the Zentrum für Peripherie based on the assumption that new ideas actually flourish on social, geographic, intellectual and conceptual peripheries.
As early as 2013, three young people from the Wittenberger and Perleberger Weg quarter in Düsseldorf-Garath told me that the estate had originally been built in the 1960s to accommodate the homeless. Weighing up the matter, the young people isolated what they thought was positive and what was less positive and came up with a key idea: “An open space we have come up with ourselves in which the qualities of the residents and their stories have a chance to emerge, a place where you could even do an internship and where your mum or dad might get a job – a café.”
I encouraged the children and young people to get involved in this discussion to trust their own instincts. Well-prepared, they began to exchange their ideas and observations with students, architects, urban planners, artists, politicians, the City Council, caterers and restaurant owners. This gave rise to an architectural design that neither the experts nor the children could have come up with on their own. Its shape reflected the process of its genesis. In 2017, with the help of the Landesinitiative Stadtbaukultur NRW, Holcim AG, the Sevinc Foundation and the SWD (städtischen Wohnungsgesellschaft Düsseldorf), we were able to inaugurate the floor plan in the shape of a visible and useable open-air platform. In 2018, it became a stage, a meeting place and a site for art.
In tandem with the Wittenberger/Perleberger Weg project in Düsseldorf, I curated an art-based urban planning process in two East German towns, Wittenberge and Perleberg, namesakes of the Düsseldorf estate. In the course of this dual observation, I became aware of the topicality of each of these (self-)concepts: economic/social, rich/poor, powerful/impotent, dependent/independent, social/asocial; but also the inadvertent, unwanted interdependency of aid and subsidy, social poverty and dependency culture.
The long process which led to the materialisation of Artists in Wittenberger Weg during the course of 2018 has definitely shifted something. I was having a chat with some local women from the estate this year in the early Autumn sunset. We were standing next to the hazel tree, beneath which Jan Philip Scheibe had sung his song about the tree in autumn. One of the women said: “You know, it’s actually nice here!” And then turning to me she continued in a lowered tone: “They call us plebs, but that’s not true at all.”
It is an ardent concern of mine that this stipend can contribute to the raising of social awareness about the scope and potential of contemporary art to render systems and interrelationships visible and thereby capable of change. 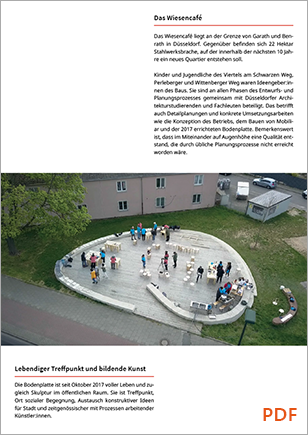 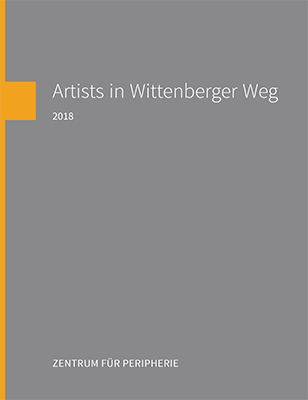 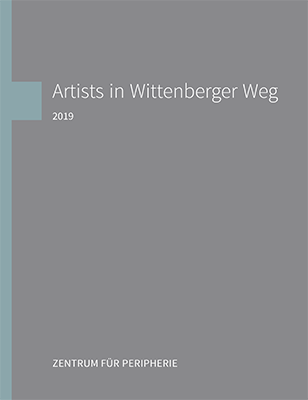 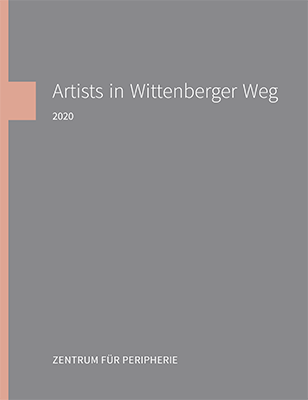 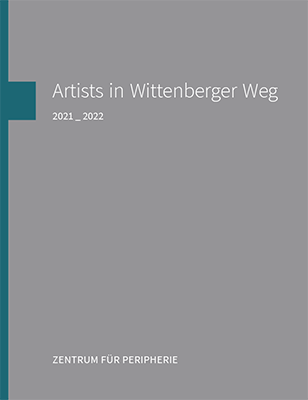