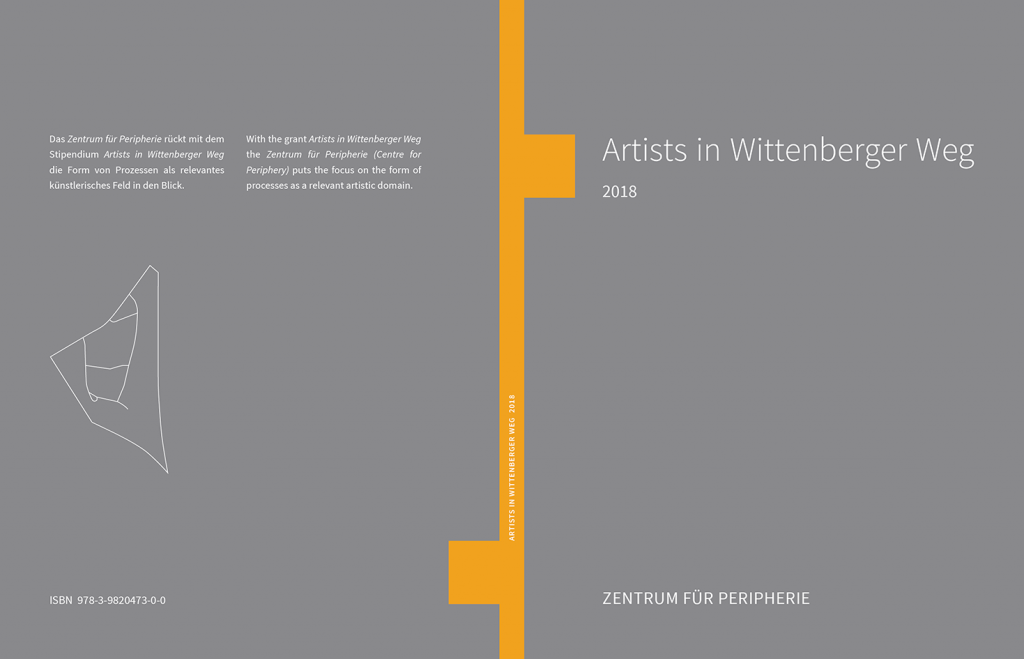 Artists in Wittenberger Weg perpetuates a long and extensive intellectual tradition which began in the twentieth century — ranging from the Russian Constructivists, movements and groups such as Dada and Fluxus, the Bauhaus or Black Mountain College, the Situationalist International and Guy Debord in Paris and Joseph Beuys’ extended concept of art in Düsseldorf — and also connects with a broad and diverse interaction with and through art. The extension and differentiation of particular practices and intellectual models, institutional requirements or manifestations of the zeitgeist, howsoever they may have been tropicalised repeatedly in Harald Szeemann’s exhibitions (who, incidentally, is the feature of a show in the Kunsthalle Düsseldorf at the moment), are all part of one of the most exciting and dynamic chapters in recent art history. I am thinking about “Live in Your Head. When Attitudes Become Form”, “Bachelor Machines”, “Monte Veritá: Breast of Truth” or “The Tendency Toward the Gesamtkunstwerk”. But also Franz West’s “Adaptives” spring to mind, supplied as strange prosthetics meant to be worn, handled and played with as we would with our own idiosyncrasies. Or Franz Erhard Walther’s walkable, wearable or usable fabric “Worksets” that inhabit a dynamic realm between stringency and playfulness and that are only fully activated through the viewer’s interaction/thinking and that also demand concentration and engagement.

Think action! – as several artists in Brazil have also impressively illustrated based on a political situation, such as Helio Oiticica or Lygia Clark with their wonderful objects made from 1963 onward. Lygia Clark devised interactive objects and then later on, interactive installations, to be understood as “living organisms”, their form and meaning only materialising when viewers interact with them. Their significance derives from the fact that they mediate the standard approach to art reduced to the mere act of looking by augmenting the sensory response to include the senses of hearing, smell and touch as well as the inclusion of bodily experience through different postures – interactive concepts no less. Thus, art becomes a subjective experience within the given configuration of a context, a situation underscored by the fact that Clark called her artworks “offers” and the viewers “participants”.

I also find myself compelled to think about Ute Reeh’s sculptures here. They enable the user to forge their own experiences by virtue of their physical properties. I think about her processes in which the participants actually shape the project they are collaborating upon through their own perceptions, and also the fact that she herself came up with the Artists in Wittenberger Weg idea. And ultimately, the Brazilian artist Ricardo Basbaum, who has been trans-forming new ways of thinking since 1994, particularly with his social sculpture “Would you like to participate in an artistic experience?” Basbaum is supposed to be coming to Wittenberger Weg in 2019, and has been invited, as indeed are you and I, to spread out his poetic diagrams showing object and user in their unique choreography, as a new mode of forming and thinking for our appropriation. 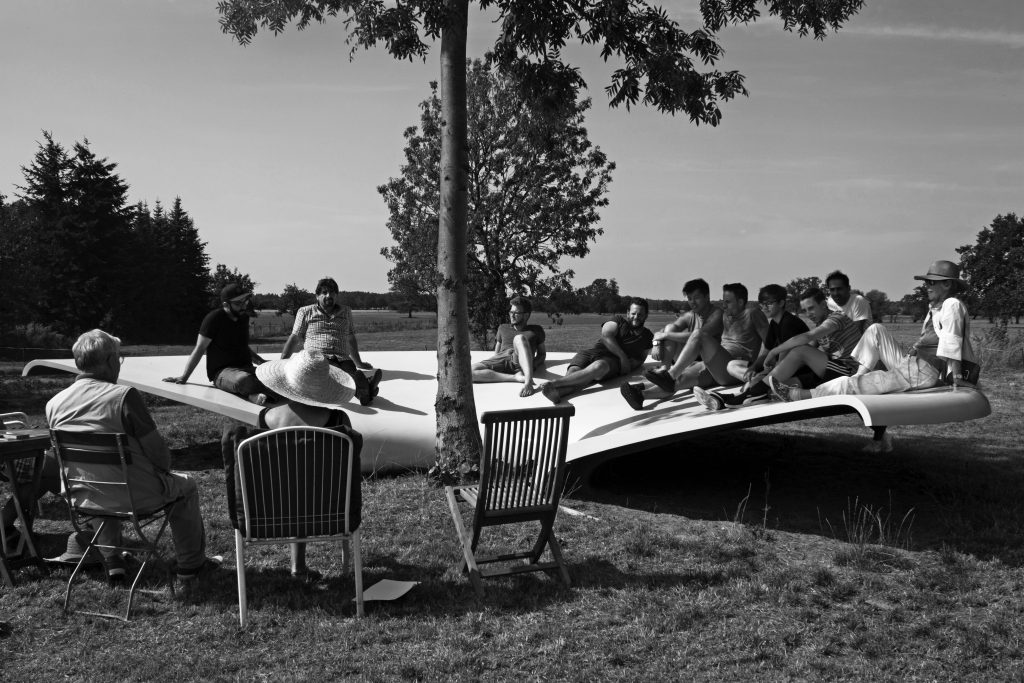 Artists in Wittenberger Weg aims at promoting a hub, a network and a discourse, to use art to understand complexity and to play with transformations. Communication and creativity are necessary and are expressly encouraged. I couldn’t wish for anything better for urban society.

The Path is the Goal,
or: The Process as Participation as Politics

Art as a living process, art an “an open work” (Umberto Eco), in which individual change assumes form so that society can also change; ultimately, art seen as a communicative exchange and productive modality for working together – this is precisely what Ute Reeh’s project “Rich or Poor?”, initiated in 2013, managed to achieve. An energetic and lively cultural and social centre developed in Düsseldorf-Garath that no longer focussed on art primarily as a nice but useless prestige object for well-heeled collectors as is the norm in today’s consumer society. Instead of producing art objects that can be bought and sold on the art market, “Rich or Poor?” is geared more to the emancipatory power of a process-based and performative form of art. An art that reflects the everyday necessities and existential needs, a kind of reflection that can usher in social change.

Not least in the tradition of Joseph Beuys’ “Art as social sculpture”, “Rich or Poor?” trusts in the potential of creative action when it is not orientated towards concepts such as “work”, “value” or “perfection”, preferring modalities such as action, exchange and eye-level. “Eye-level” in this instance means that this project is situated in the midst of actual life and there can be no discrimination between “amateur” and “professional”, but instead it is still possible – regardless of supposed “skills” and “competencies” – to search for communal solutions and have fun in the process.

The fact that a project of this kind endeavours to bring together both local and international activities is not only a matter of course in today’s age of globalisation, but it is also an eminently sensible approach, for networking of this kind inevitably leads to an exchange of experiences, which in turn enriches the discourse surrounding contemporary art’s social and analytical contribution. The stipend, which was initiated via the framework of “Rich or Poor?” emphasises this element of exchange and demonstrates, moreover, that process-based art has long since become an established, widely distributed and prominent international phenomenon.

“Schwemmland, what’s that all about?”, asked a passing elderly woman alighting from her bike.
“Look, look, we made it”, two children walking past the Meadow Café.
In keeping with the existential and simultaneously open pitch to which the question “What about love?” alludes and which also highlights a void in public debate on the subject, the question “what about art?” is the focus of attention here.

Led by Ute Reeh, regional actors, children, experts and – from this year onward – stipend-holders have been working together to set up the Meadow Café at Wittenberger Weg in Düsseldorf-Garath. You initially have to drive around it because the road is laid out that way: a space opens up behind the houses, in the middle an elevated concrete ring with a wooden floor. Flowers and sections of meadow with trees are grouped around it. Since September 2018 a large lightbox mounted on the opposite gable end proclaims: “Schwemmland” – floodplain. It is the work of Swaantje Güntzel and Jan Philip Scheibe, the first resident Artists in Wittenberger Weg. It is the name of a place, local and poetic: Wittenberger Weg is not urban, it is land, a land no less. This is where the region becomes one with the sediment that arrives here by virtue of its ability to float and self-anchoring properties.

The starting point for this “Zentrum für Peripherie” is the platform, which was devised in a process involving children: an open circle, its edges not joining up in two place. It recalls a stage or the floor plan of an ecclesiastical building, for example one of the early images from Rudolf Schwarz’s “phenomenology of sacred buildings” (Wolfgang Pehnt). This shape stands for the idea of a communal “us”. All the formal characteristics invite you to stay awhile: we want to walk along the knee-high concrete wall, the wooden floor makes you want to run around on it, the elevated view invites you to reflect and enter into conversation, the floor area makes you want to get down on all fours and paint.
“What is art?” – the Meadow Café provides an effective answer to this question: a creative impulse bereft of elite posturing, it conveys a basis for the connection of all areas of life.

Jasmin Grande, Institute „Modernism in the Rhineland“ at the Heinrich-Heine-University, Düsseldorf
Translation by Tim Connell

previous text | to the top

Gilles Deleuze formulated a theory of the periphery in the place where structuralist questions pertaining to the existence or non-existence of models and realities – which could be described as structures – take a back seat. For him, by contrast, the focus is upon the question: where is the status and the place “bestowed on the subject in ways we feel are not completely structured” (Gilles Deleuze. 1988. Foucault. Trans. Sean Hand, Minneapolis: University of Minnesota Press, p. 14.). That being said, this question – ascribing as it does a new value to the periphery of a non-specific fringe – far from implies that the subject as a constitutive form is merely being reintroduced through the back door. Instead, a new game is opened up which tries to overcome valency, to a certain extent constituting a polyvalent way of thinking oscillating between multiplicity and “the one”. It undermines neither the objectivity of the field nor a unified form of the subject: “There are only rare multiplicities composed of particular elements, empty places for those who temporarily function as subjects, and cumuable, repeatable and self-preserving regularities.” (ibid.) 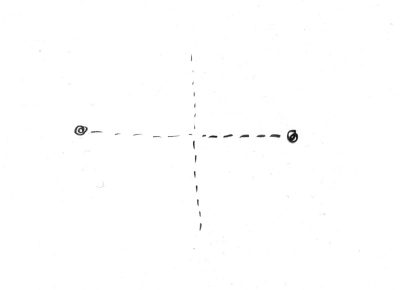 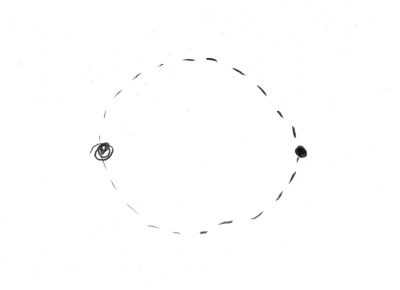 It follows, therefore, that we should interpret history as a series of contingent, heterogeneous, historical processes. History eludes both form (as a teleology or hegemony of the subject) and structure (as a homogeneous system): it constitutes a functional vector, which, moving from the periphery, traverses multiplicities, planes, matrices and fields. The temporary functioning of subjects means that something functions, manifests as a rare multiplicity, which according to Michel Foucault “cuts across a domain of structures and possible unities, and which reveals them, with concrete contents, in time and space” Foucault could also have said here: reveals them as time and space. For the very domain traversed here is a place that can transform the periphery into a temporary centre; the decisive point being that time and space should not be understood as containers to be filled with something. Rather, the processes involved in the act of traversing give rise to the movement of a temporary diagram, which allows time and space to function in one place.

Christopher Dell, Musician, urban theorist and head of the Institute for the Technology of Improvisation, Berlin
Translation by Tim Connell