The Mexican artist Naomi Rincón Gallardo has been a resident at Wittenberger Weg in September/October 2021.

Based on a small sculpture of the rain god Tlaloc in a display case of the Düsseldorf Ceramics Museum, Naomi Rincón created an explanation for the unanswered question of its history.
The first preview was shown on Friday, 8 October 2021, 6 – 7 pm, Wittenberger Weg 94, 40593 Düsseldorf

I’m the skin of the mountain who shelters the water
My heart of hill is a green stone
I am in charge of holding the sky
My skirt is woven by raindrops
The clouds form in the tip of my head
River spilled from the belly of a pot
Hearts of children are brought to me as an offering
So that I provide gifts to the harvest
The greenery of the weeds sprout from my flesh
My thunder/snake protects the land! 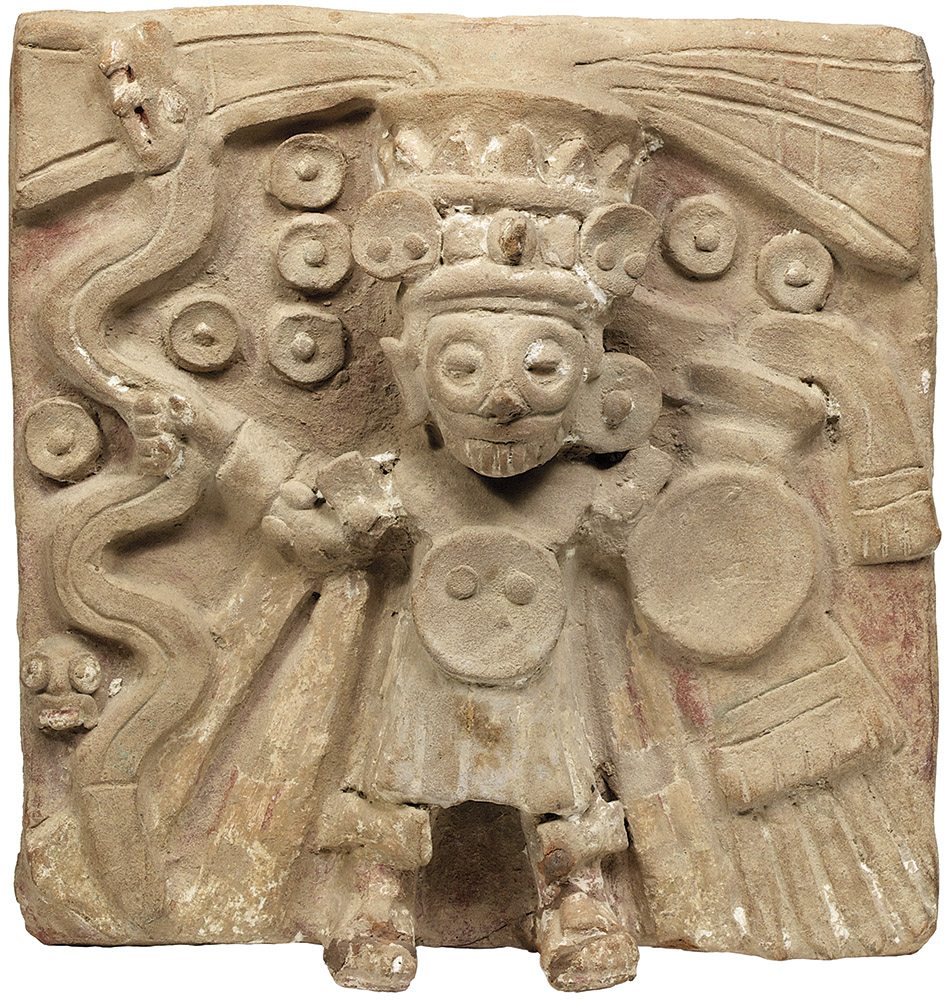 He holds the sky and brings the rains. He is both earth and water, his body is a mountain, the tip of his head is made out of clouds, his skirt is formed from rain drops. He does not reside in the underworld, but is himself the underworld. People would offer him the hearts of children as a way to reciprocate for the water that makes life blossom. He is both male and female. He holds a snake in his hand. The snake is a thunder that cracks the sky open. It is said that thunders and snakes are guardians of territories against thieves, invaders, and menace. He is known as Tlaloc. He has been abducted and taken to Düsseldorf. Now he is gauging the extent of his revenge and loading up his thunder with fury.

By mixing and matching bastardised Mesoamerican cosmologies, DYI props, costumes and references to Mexican horror B movies, Naomi Rincón Gallardo crafts a trans-temporal queer decolonial story of the figure of the Nahua rain god Tlaloc that resides at the Hetjens Museum for Ceramics in Düsseldorf.

The Tlaloc relief in a display case with Mesoamerican ceramics, Hetjens-Museum Düsseldorf

She studied fine arts, education, culture, language, literature and community arts in Mexico. She completed her MA at Goldsmiths College in London and her dissertation at the Academy of Fine Arts Vienna. Rincón Gallardo sees research as an artistic and transdisciplinary invention and her work deals with counter-worlds in the neo-colonial environment. She uses masks and absurd situations to create space between radical utopian experiences, fantasy and the crises of traditional ideas. Rincón Gallardo integrates her interest in music, theatre, speculative fiction, feminisms, critical education and community projects into her work. In 2020, her work was shown at Kunstraum Innsbruck and the Berlin Biennale. 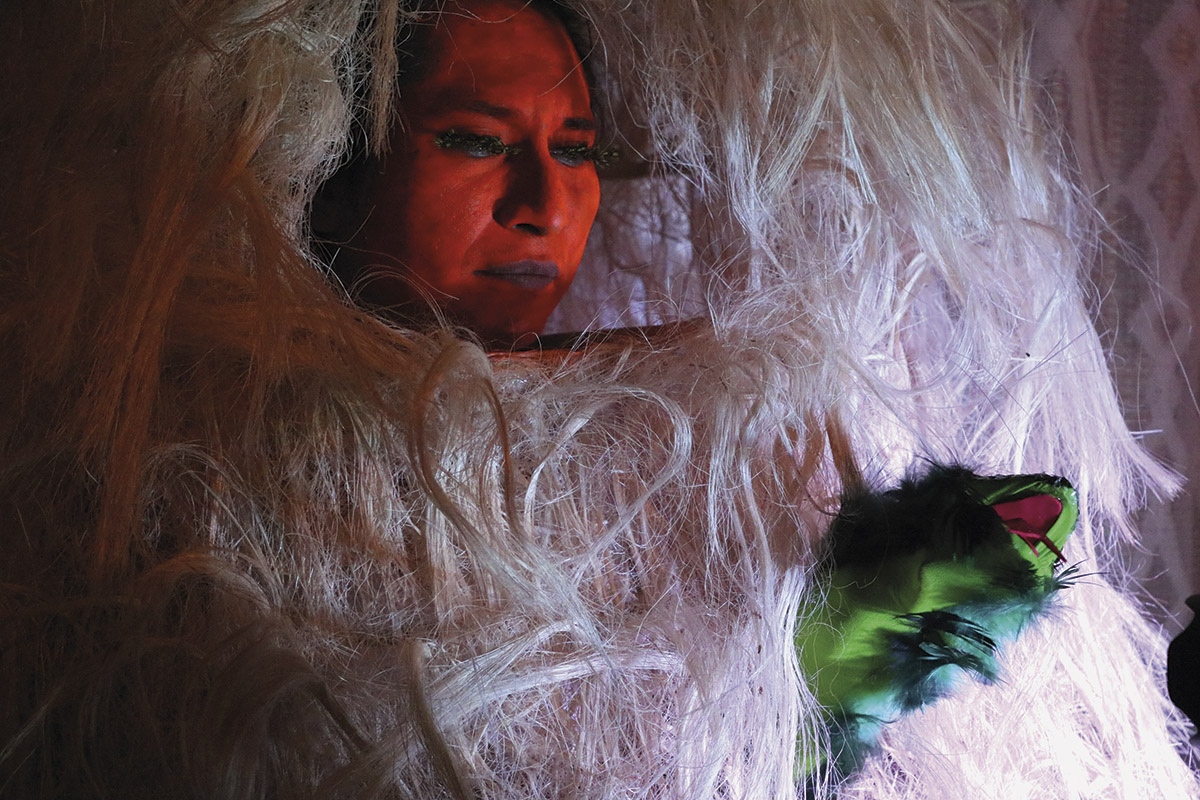