Cob building is a historical, originally rural, shuttering-free construction method. This technique has become widespread all over Europe in areas with local clay deposits. Traditionally, cob (loam reinforced with straw) is laid down manually in layers. The layers are left to set for a few days. Afterwards, they are manually reworked and straightened by cutting them with a sharp spade.

Cob, which was displaced by concrete in the 20th century, can be shaped into any form for vertical structures – similar to concrete. It is self-supporting and erosion-resistant without plaster.

The cob building method has a high innovation potential. Together with an international research team, we work on an industrially usable process to help Wellerlehm achieve a breakthrough as a building material for load-bearing walls. Key to this are the logistical improvements achieved through prefabrication.

Pilot tests with a cob clay press prototype on a scale of 1:4 have shown that significantly higher densities of the hardened cob clay can be achieved; in addition, the range of applications can be varied from insulation to lightweight construction to load-bearing walls by using different clay-to-vegetable fibre ratios.

Our concept of establishing cob as a modern and forward-looking building material combines immense economic and ecological advantages: 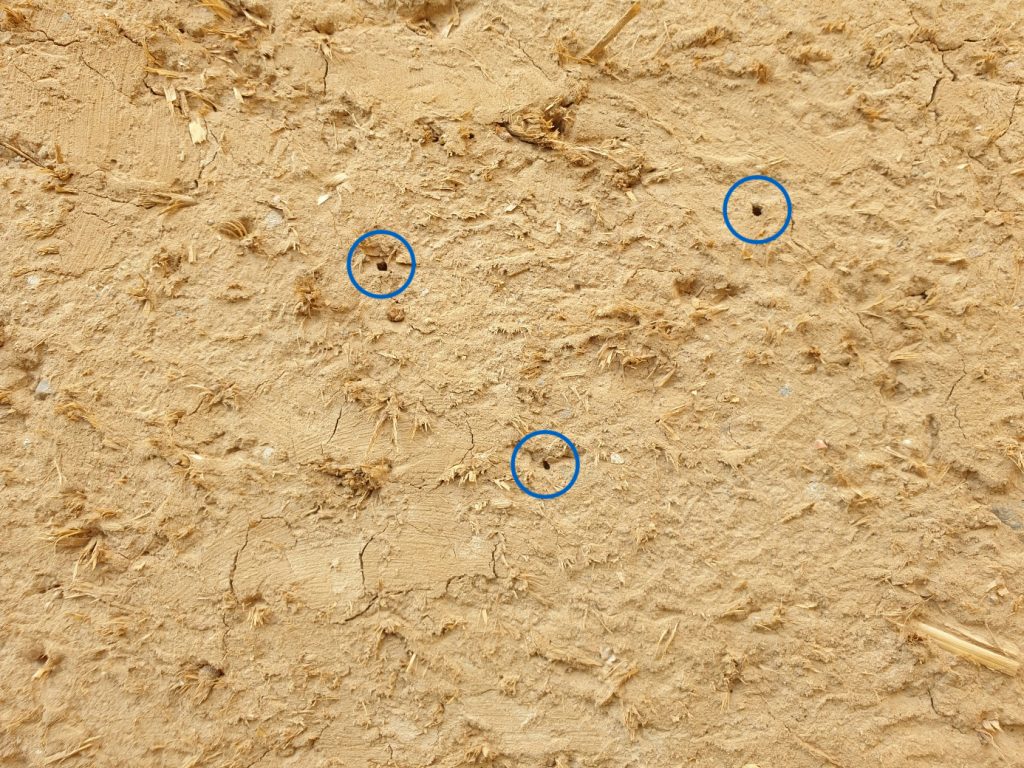 Figure: Shortly after completion of a test wall in Nebelin, it has already been colonised by wild bees. Photo Dr Dieter Günnewig, July 2020.