Presentation of the Loam Test Wall in Nebelin

A test wall made of loam has been erected at the day-care centre in Neblin, which is used for technology tests, its function as a nature and landscape protection and to illustrate the technologies used for cob and rammed earthconstruction methods as part of the concept development for a loam noise protection wall on the A14 motorway.

On June 5, 2020 the opening and presentation of the test wall, which was completed a few days earlier, took place. Besides many villagers and the children from the day-care centre, political personalities of the state of Brandenburg and the community, press, the team of the feasibility study, and craftsmen and students who worked on the construction of the test wall were present. The test wall integrates the construction methods “rammed earth” and “loam” and functions as a demonstrator object for planned, ecologically effective and sustainable clay noise protection walls on motorways. 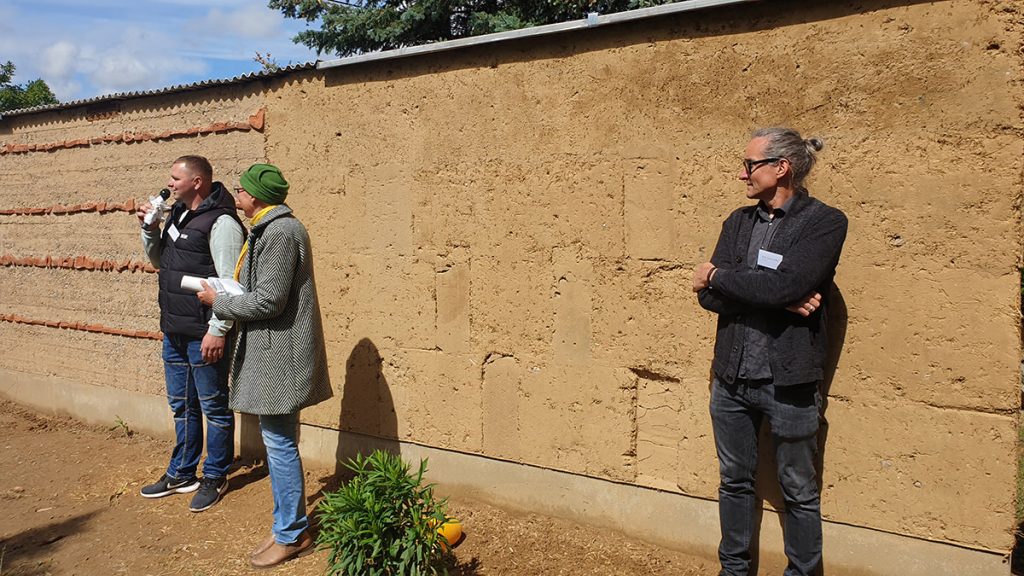 The head of Nebelin, Matthias Behrendt (left), the project initiator Ute Reeh (middle) and Prof. Heiner Lippe from the TU Lübeck (right) during the opening of the test wall. On the left in the background the area of wall built in compacted loam technology, on the right the “Wellerlehm” area.

On April 17, the head of the village of Nebelin, Matthias Behrendt and Burghardt Behrendt poured the foundation for the test wall (video 1:11 min).

On April 9, 2020 Ulli Petraschek and Burghardt Behrendt built the formwork for the foundation of the test wall (video 3:20 min)